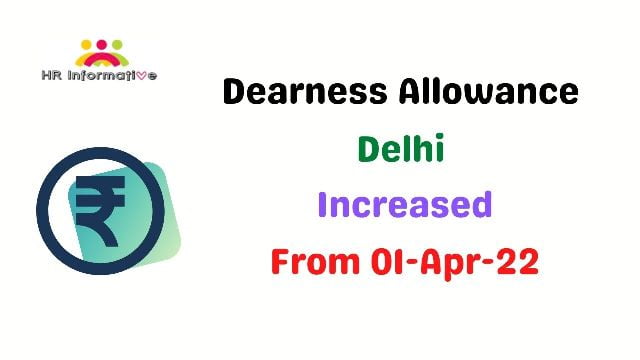 Delhi Government raised the Minimum Monthly Wages of labourers. An official statement was given on Friday i.e. 20-May-2022 by the Delhi Government. According to this Dearness Allowance (DA) has increased for labourers in view of the high rate of inflation.

The increased minimum wages for labourers will be applicable from 1 April 2022.

Deputy Chief Minister Manish Sisodia said, “Amidst the rising inflation, this is a big step taken in the interest of the labour class. These steps have been taken in the interest of the poor and working class, who have suffered disproportionately due to the current pandemic. The hike in minimum wages will give respite to the labour class facing back-breaking inflation.”

Manish Sisodia said, ”Minimum wages in Delhi are the highest in comparison to any other state. Delhi government is constantly revising the Dearness Allowance every 6 months, to provide respite to all workers of Delhi from the inflation.”